Elimination, Do It Or Get Sick 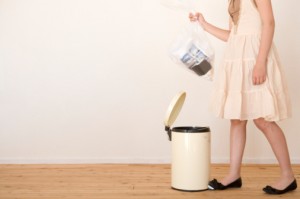 Elimination of waste is very important to your health. Waste is created during the digestive process and the metabolic process, not to mention waste formed from all the foods we eat. Waste is also created when toxins accumulate and interfere with normal cellular functions. In today’s society, with our preservative laden diet, normal waste is produced faster than the body can eliminate it. If the body cannot eliminate waste normally, it will eventually accumulate into all areas of the body and be used as host material for toxins to become stored and germs to thrive.

When I discuss elimination, I am referring to bowel health. I don’t want to reference bowel movements because everyone thinks they are normal. But if everyone had a “normal” elimination pattern that was also healthy, colon cancer would not be one of the top killer diseases.

It has been stated that if the bowels eliminated all the waste material it received, the body would never have any pain, sickness or disease (Tissue Cleansing Through Bowel Management, by Bernard Jensen). With that knowledge, how many people have a healthy bowel? Keep in mind that healthy does not mean a bowel movement every morning, it doesn’t even mean several bowel movements. The word “regular” means at least one bowel movement for each meal eaten. Wow! Are you kidding me? My doctor told me that whatever my body does is regular for me … and I only have a bowel movement once a week. Yea, well, the doctor that agrees with that advice is probably going to be a colon cancer statistic.

According to Bernard Jensen’s research, if the bowels eliminated properly and the environment of the intestine remained healthy (sufficient fiber, water and exercise), there would be little or no disease. Not only a disease free colon, but if you keep the colon happy, healthy and all the poisons moving out, the entire body remains disease free.

The main cause of aging is actually an excessive amount of toxins that accumulate and begin to stifle cellular regeneration. Many people believe Acidophilus (also known as flora or good bacteria) is of utmost importance to colon health and while it is extremely important (and included in IC-1) flora will naturally replicate and remain at healthy levels if the environment of the intestine is good. Many people suffer with yeast or candida infections and most of that is what we call opportunistic yeast. When the environment of the colon gets bad, these little guys leave the area. When they do this, they cause infection known as candida. So the greatest cure for most candida is actually … yup, bowel health.

Modern medicine has found that by the age of 50, the average person has accumulated 50 pounds of sludge in the large intestine. This is due to a lack of stimulation in the intestine. We have seen countless people increase energy and stamina and lose much of their belly weight and fat simply from ridding the extra sludge from the intestine. Most people gain their weight around the waist and while people tend to think it is fat, often it is nothing more than backed up waste that never found its way out of the intestine. The body knows that too many toxins will damage tissues so it will begin to store extra toxins as fat (primarily visceral fat) and even as tumors! If the environment of the intestine becomes healthy, much of that fat and growths just disappear into the toilet. All the extra toxins in the blood put extra stress on the liver, kidney and spleen, and keep the lymphatic system from draining. The lungs also suffer as they are the paired organ to the colon (five element theory).

It is important, no, it is vital, that your intestines are moving on a regular basis, which means at least once for every meal eaten, and that all the waste is exiting the body. Technically speaking, 95% of the food you eat should be coming out of the body. The 5% that is left contains the nutrition the body extracts from the food as it passes through the intestine. Of course, in today’s world, it is doubtful that 5% of what we eat is nutritious. Maybe fillers, colors, dyes and pesticides, but I doubt 5% of it is actually nutrition unless your diet is made primarily of raw, organic fruits, vegetables and grains, so maybe we should expect more than the 95%?

If any part of elimination is not functioning well, the body cannot detoxify and detoxification is probably the single most important precursor to achieving true health. If your body is low on daily fiber, which is nature’s cleansers, IC-1 will get you what you need. If you have a history of constipation, try our Bowel Stimulant, it is by far the best “mover” on the planet!

This entry was posted in All About Cleansing At Home, Uncategorized. Bookmark the permalink.