Organic, Is It Worth It?

The organic foods report (prepared by the Soil Association – the UK’s counterpart to the USDA) addressed eight key topics of food cultivation, processing and nutritional content, starting with pesticides.

This is probably the main element that most people associate with organic foods: that they’re pesticide-free. What’s not so well known is the connection between pesticide use and the antioxidant content of food. 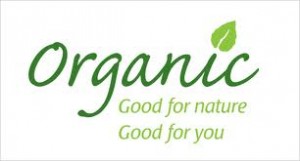 Crops that are stressed by insects produce polyphenolic compounds, which are naturally potent antioxidants. But crops that are treated with pesticides don’t need the natural protection of polyphenolics, and produce less of the compounds. So when crops are denied pesticides, consumers get a double benefit: better nutrition without the residue of chemical pesticides in the food, and a higher antioxidant content.

The UK report noted that pesticide use has been associated with a variety of health risks, including cancer, fetal abnormalities, chronic fatigue, and Parkinson’s disease. One study revealed that women with breast cancer are five to nine times more likely to have traces of pesticides in their blood than women who don’t have the cancer.

Organic foods are free of food additives such as MSG, hydrogenated fats, and artificial sweeteners and coloring, which have been associated with a risk of asthma, headaches, growth retardation, and hyperactivity in children. These additives have also been linked to the development of allergies – another of the key elements of the UK report.

Genetically modified (GM) organisms are also not allowed in the production of organic food. The report notes that only ten studies of GM foods have been conducted. Among those, the ones that were completely independent of funding or input from companies with GM affiliations found evidence of harmful effects in the gut lining of humans.

The report cautions that until GM crops and food products are properly tested, “people are, in our opinion, wise to avoid eating GM food.”

Besides the obvious benefits of not ingesting pesticides, additives, and GM organisms, organic foods have been found to be more nutritious than conventionally grown foods. The Soil Association conducted a study to compare the vitamin and mineral content of organic foods vs. non-organic foods. The organics won out with higher levels in all 21 of the examined nutrients.

The vitamin C and magnesium levels in the organic foods were 27 percent and 29 percent higher, respectively, compared to the non- organic samples. And minerals were found to be significantly higher in organic spinach, potatoes, cabbage, and lettuce.

Similar results were reported in tests of organic livestock animals that foraged for fresh food compared to livestock that was given processed feed. The organic livestock had higher concentrations of omega-3 fatty acids and conjugated linoleic acid (CLA) – two key nutrients whose value is well known to HSI members.

For several years, the UK’s Food Standards Agency (FSA) didn’t officially recognize any difference between organic foods and conventionally grown foods. But the UK organic food report indicates that the official view may be changing. At a public meeting last year, Sir John Krebs, the Chair of the FSA, admitted that organic food contains fewer residues of pesticides than foods grown by conventional means.

So if you’re fortunate enough to have access to fresh, organically grown produce, the next time you’re given the choice between lower priced conventionally grown food or higher priced organic, just ask yourself: Which would Sir John buy?

Summary of The Organic Food Guide
Definition of organic: Organic food is grown, processed, and packaged without the use of agricultural chemicals, artificial colors or flavors, genetic modification, irradiation, or other synthetic ingredients.

Organic farming treats plants, soil, and animals with natural products instead of synthetic chemicals and drugs. Organic farmers believe that although pesticides produce abundant amounts of low-cost food, they create higher costs in other sectors of society. The food is cheap, but the cleanup is immense. Consumers may save at the supermarket, but they lose these savings through tax dollars, agribusiness subsidies, and superfunds–all necessary to correct the results of chemical-based agriculture.

Certified Organic must have a “Certifying Agent” label on the back of the package, probably near the end of the ingredient list. It may also have the “USDA Organic” emblem on the front but this is not required if the agency is on the back. It must say “Certified Organic” or the phrase “9x organic”, if not, by law then it is less than 95% organic. If a product is 70% to 94% organic, you will see the “x organic” percentage label and the certifying agent seal on the back of the package. The USDA seal, however, is not permitted anywhere on the package.
Supplements may be different due to the capsules made of gelatin, which are made from animal bones and tissues, are approved by the NOP, but vegetarian capsules are not approved. Therefore, even though the contents are 100% certified organic and the capsule is not organic, it may still display organic, but is not allowed to display the USDA seal. Read your labels carefully.

All Natural. This is an unregulated claim due to still using pesticides and genetically altered seed.

Antibiotic-Free. This is an unapproved and unverified claim. Only organic-labeled meats are verified to be antibiotic-free.

Fair Trade Certified. The fair trade insignia is not an organic label, but it does identify these foods as having achieved certain high standards. Visit the Web site, www.transfairusa.org.

Free-Range. A partially regulated, general claim implying that a meat or poultry product, including eggs, comes from an animal raised in the open air or that was free to roam. The USDA regulates this claim for poultry only, not beef or eggs.

What is GMO?
Genetically Modified Organisms (Foods), also known as biotechnology crops. In this plan, we are creating genetically modified organisms (GMOs) by taking the DNA from, say, bacteria, viruses, fish, or insects and adding them to another species, such as corn or rice. This, they think, would allow the crop to carry it’s own built –in pesticide. This is an extension of crossbreeding. Yup, because God didn’t know what he was doing when he designed it all.

Disturbing and morally wrong!
One of the most disconcerting issues about GMOs is that presently there are no regulations or labeling laws to identify them. This situation is compounded by the fact that 80 percent of the products in the U.S. supermarkets contain some GMOs. Soy, corn, potatoes, tomatoes, canola, cotton, papayas, radicchio, and squash are the main crops subject to genetic tweaking, and soy and corn derivatives end up in most processed (boxed or canned) foods.

Let’s look at the nutritional benefits to organically grown meats. The Swedish University of Agricultural Sciences studied thousands of cattle, sheep, and pigs and found that the organically raised animals had fewer health problems, better growth and fertility, and lower fat content than animals fed conventional feed. Buy organic meats if you want to steer clear of “mad cow disease.” You would be astonished at what they put in
conventionally raised cattle feed: horse protein, tallow, blood products, pork remainders, poultry brain, spinal cord, and manure-quite an obnoxious diet, especially for a vegetarian animal that has been traditionally raised on grain and grasses!

To wrap up on why to buy organic over conventional foods is quite simple. With all the information given we can see a lot of reasons to buy organic even if it was 3 times more expensive. But it isn’t. Organic grown foods are safer for the environment, healthier for our
children, and give us all of the nutrition that God intended us to have to live a beautiful and healthy life. When you look at the price of organic foods you may find that they seem way out of your budget. But take a look around and take your calculator with you. Organic foods come in bulk or at least bigger containers in some instances. This, if compared, may be
cheaper. Looking at all the other alternatives, coops and farmers markets, to finding organically grown fruits, vegetables, eggs, meats and so on could save a bundle. Stores are now finding that the demand for organic is growing so much that they have to have
comparable prices to the conventional foods. They are now even putting their private store labels on organic foods to help bring down the cost from fancy packaging, advertising, and promotions. So don’t look at a price tag in the first glance and say it’s not worth it
because just these factors listed above are mind altering enough for anyone that wants to live life fully and have their children extend their life without sickness. Remember, every generation that is exposed to all of the toxins becomes a weaker link in the human DNA.
Let’s stop disease and buy organic!

What does “naturally grown” mean? Natural food is packaged and processed without the use of additives or preservatives, but it may be grown using some conventional methods, including pesticides and genetically engineered grain. There is no authorized
monitoring or certification. To learn more, visit the Web site www.naturallygrown.org.

Why could it be better to have “locally grown”? It is in season, there is no trucking or refrigeration, its low distribution costs make it economical, and it is usually fresher. Locally grown does not mean that it is organic. This is more along the lines of “naturally grown” unless more specified. Local growers can not afford to be affiliated with the certifiers of organic growers so it would be just the farmer’s information given and not knowing if it is truth or not.

What is CSA-Community Supported Agriculture? Unlike most farms, this one is “not-for-profit.” Each CSA has a circle of subscribers who agree in advance to meet the financial needs of the farm. In return they receive a “share” of the harvest as the harvest season arrives. To learn more, visit the CSA Web site, www.CSAcenter.org.

What is Biodynamic farming? This is certified organic farming with a cosmic connection. This is a farmer who aspires to integrate organic methods with the rhythms of the sun, moon, planets and stars. This is based on the philosophy of Rudolf Steiner.

What is “fair trade”? This is a food network that involves international trade. Not all foods grown by fair trade cooperatives are farmed organically. What this does mean is that fair trade coffee, chocolate, bananas, etc. are “all natural,” if not labeled CERTIFIED
ORGANIC. The reason we do fair trade is because of low-cost labor, which means we make more money than the growers. So your $4 latte made Americans a lot of money and the farmers in Latin America can not even buy the essentials like food and clothing.

What is a “farmers’ market”? This is where local farmers can sell their organic grown or conventionally grown produce for more of a profit by bypassing supermarkets and distributors. There are no guarantees here, so ask the farmer and you will learn a lot. To
learn more visit the Web site www.localharvest.org.